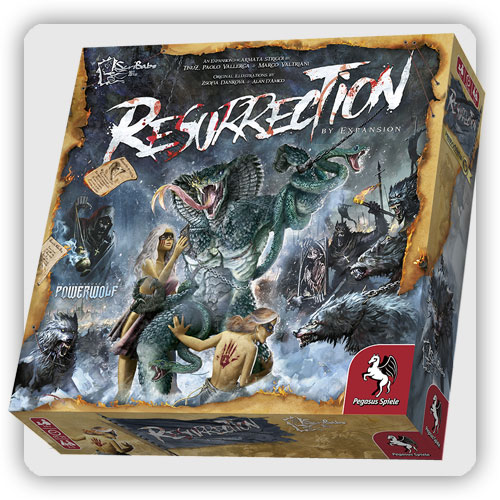 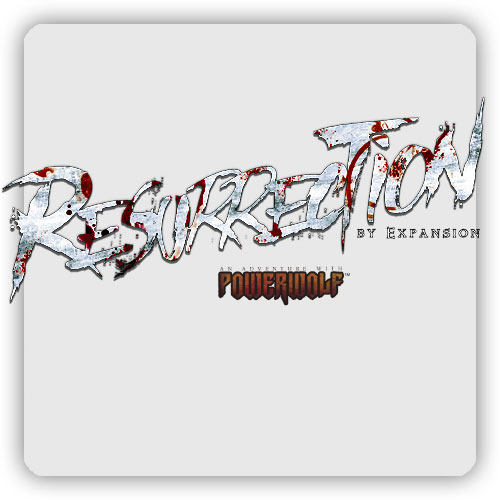 AIM OF THE GAME
Resurrection (by Expansion) maintains the rules of the base game with some additions and variants to allow the Powerwolf to face a new threat: the Strigoi’s attempt to bring the Cobra King and its Succubi into our world.
To win, the Powerwolf must try to defeat the Strigoi (as in the base game) before the resurrection, otherwise the Strigoi’s vital energy flows into the Cobra King which, more powerful
than ever, takes possession of the fortress and unleashes its fury.
The Powerwolf also have the ungrateful task of saving as many Maidens as possible and preventing their transformation into Succubi subservient to the Cobra King, or face all of them
together in a fight to the death.
This is far from an easy adventure, suitable only for the real Powerwolf 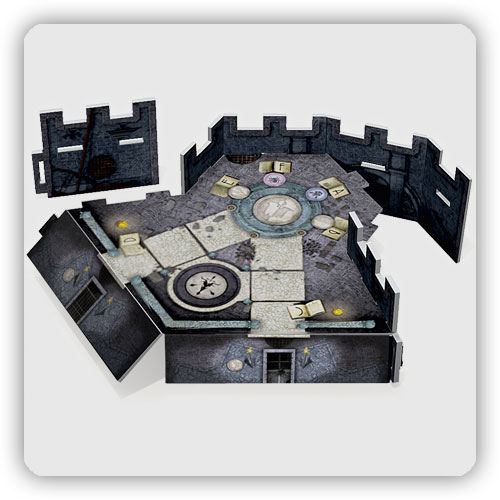 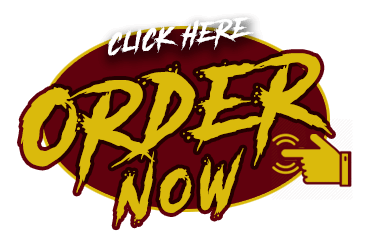 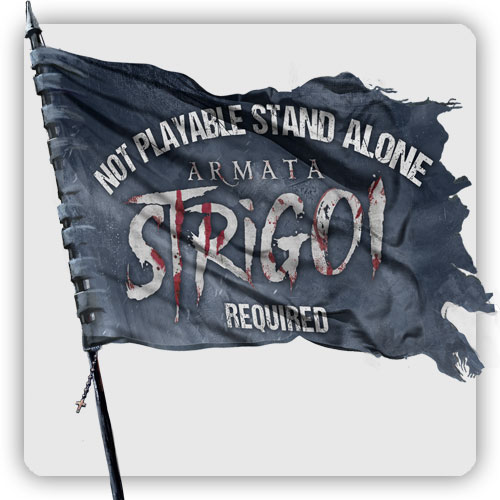 Note: The presence of the ritual does not alter the victory or defeat conditions from the base game. At the moment there are enough Blood Points on the Inferno card for a Powerwolf defeat (based on the number of players), the Strigoi (or Cobra King and his Succubi) will have won.

The Amazing Special Pack
is actually sold out