Daemonibus! A long time has passed since last mission… But now it’s your turn to prove skills and courage. Kill the evil Mortimer and stop his army of terror! Be a true Hero, be a true Dwarf!

The game is about the thrilling cemeteries of Entombed where, as 600 years ago, evil demons have woken up werewolves, vampires and ghouls, raiders of cadavers. Now six dwarfs, the brothers Barbarscia and Dueforge, their friends Gronkia and Musgro and the twins Sandi and Rimba have to face Mortimer, the supreme demon.

The players must choose one of the six Dwarfs, roam in the cemetery and explore the cripts of the Kings, where there are battles between Good and Evil. If the Dwarf wins the combat he gains new followers; if the Dwarf looses the combat, he becomes himself a monster (Ghoul, Werewolf or Vampire). To gain his humanity again, he must attack his ex-friends. A Dwarf can attack other Dwarfs to take objects and followers. When a Dwarf has 3 followers of his own Clan ha can face Mortimer. If he wins he will be remembered for eternity. 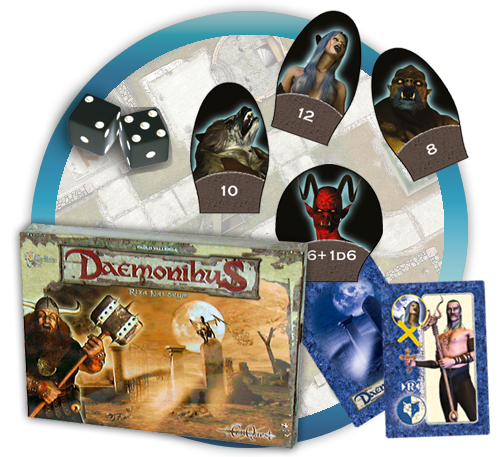 CONTENTS OF THE GAME 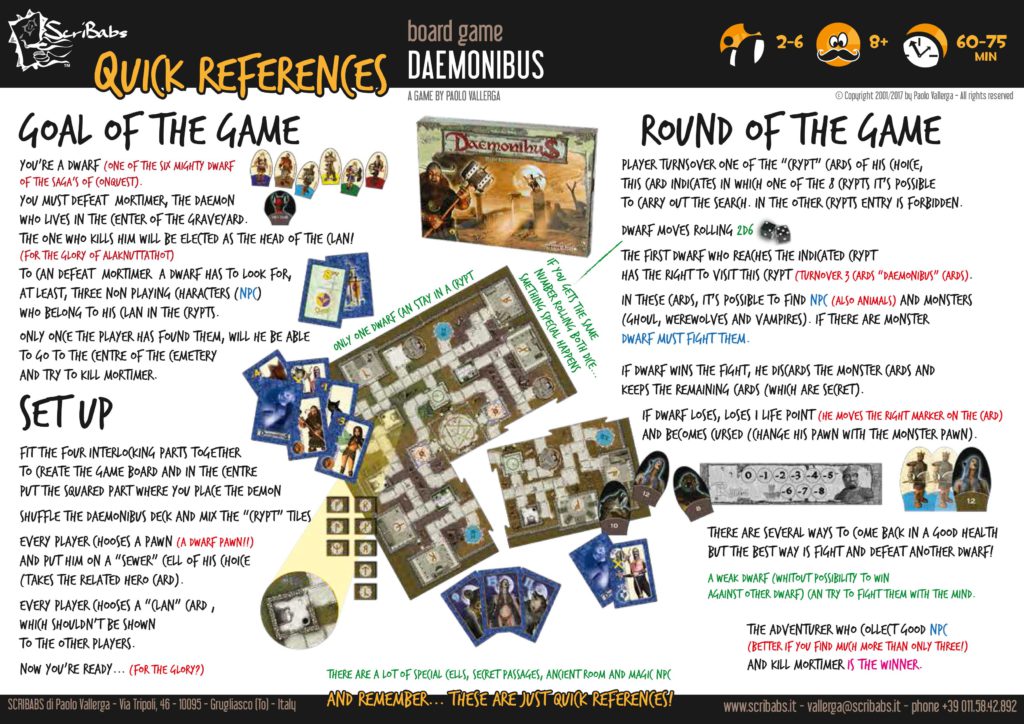 © and TM 2019 All marks, copyrights, and illustrations are the property of their respective owners, used with permission.