At the beginning of the last century in the USA, some brave entrepreneurs foresee the possible economic developments of the Lumière brothers’ invention and found the first motion picture production companies. In a short time, their studios became the source of dreams that every American could believe in. Initially the actors came from the theatre, but soon the cinema could count on more and more famous stars who were adored by the public and were able to ensure the success of the movies simply with their presence. In “Star System”, two renowned film directors compete to engage the most famous stars in their films.

GOAL OF THE GAME:
Using at best the actions of the Studio cards, the winner will be the director able to identify the five actors in the hand of the opponent. 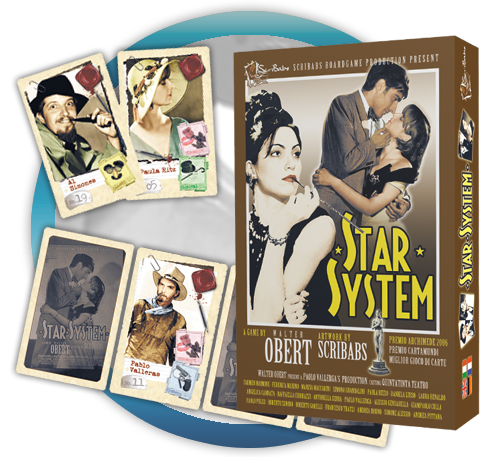 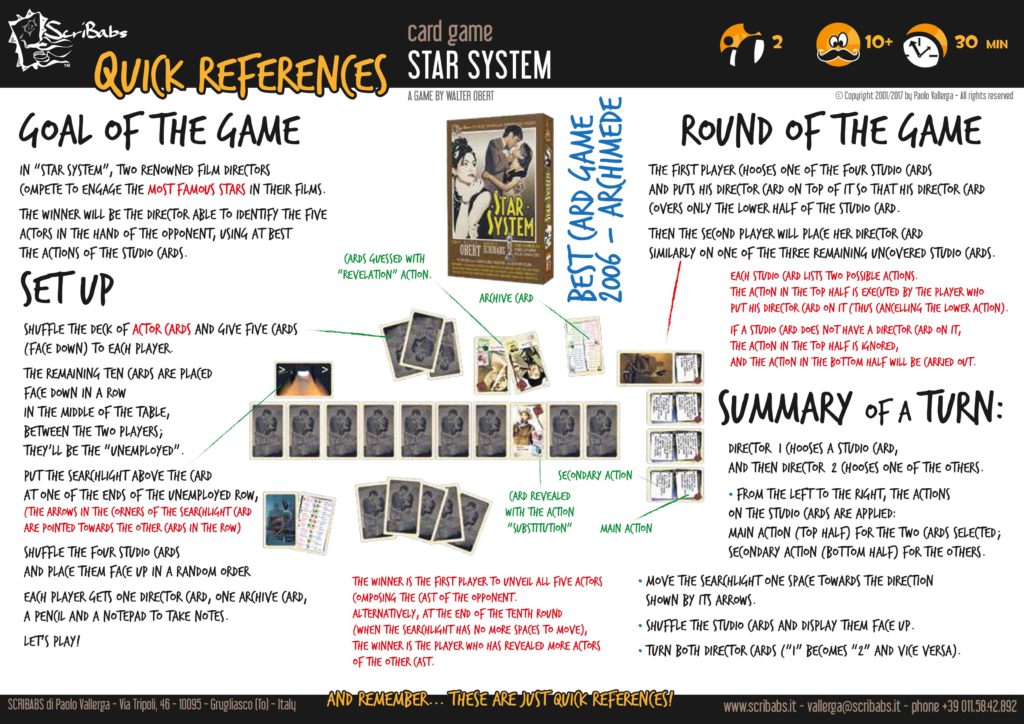 Once all four actions have been executed, the round is over. Each player takes back his Director card and turns it over (thus the player that had the number “2” will now have the number “1” and will choose first which of the four main actions to use). Move the Searchlight one spot forward, in the direction shown by its arrows. The four Studio cards are shuffled and randomly repositioned face-up in a line. The players place their Director cards (first number “1” and then number “2”) and apply the effects of all Studio cards (starting from the leftmost one) as described above.

VICTORY: The winner is the first player to unveil all five actors composing the cast of the opponent. Alternatively, at the end of the tenth round (when the Searchlight has no more spaces to move), the winner is the player who has revealed more actors of the other cast. In case of a tie, the player whose Director card is on the “1” side can say a name. If the named actor is held by the opponent, the player can immediately call another actor. If he is wrong, he must stop and the opponent can say a name with the same rules. The winner, in this case, is the first player to unveil all five stars composing the cast of their opponent.

A Game by Walter Obert
Artwork by Paolo Vallerga