Tactics I - Lines of Combat

Tactics I - Lines of Combat 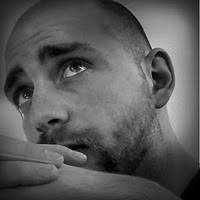 “Strike early or be prepared to sustain damage”

Units with long and medium range attacks are valuable because they hit early. Conversely, if you deploy good close-combat troops and make some survive the early scrimmages, you can turn the tables and win the day.

Deploying order is important. You’d typically want to put units that only have long-range attack up front, because after the first step of combat they won’t contribute anymore.

Deploying more than 3 units makes you roll the Risky die. If you have reroll abilities (from warfare tokens or heroes), rerolling that die might turn a defeat into an outstanding victory.

Tommy travels to era IV and decides it’s worthwhile risking to face the 7th Panzer Division. It would take some luck, but he has a Warfare token that allows for the reroll of the die, so the risk is mitigated. He deploys, in order from right to left, Trebuchet, Archers, and two Infantry units. He deploys this way so that the units that attack first can sustain the damage, shielding melee units to increase their chance to survive until the end of the combat. 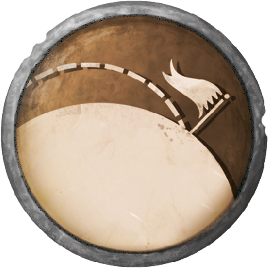 During the Long-Range Combat, the 7th Panzer Division has a total of 2 (including the die), while Tommy’s Trebuchet contributes for 1. The defender inflicts 1 damage to the Trebuchet, because it’s at the battlefront, and that’s enough to destroy it. 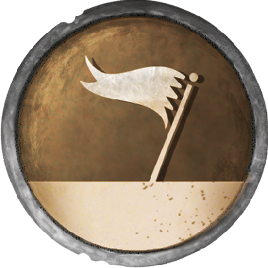 During the Medium-Range Combat, the defender still beats Tommy’s units 2 to 1, therefore the Archers are defeated as well (because they are the surviving unit nearest to the battlefront). 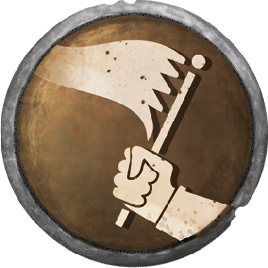 However, in Close Combat Tommy’s Infantry units plus the value rolled on the die sum up to a total of 5 against the 2 of the 7th Panzer Division. The difference is 3, and 3 damage is more than enough to defeat the defender, which only has 2 Damage Icons.

Tommy has won the battle, because he has more surviving units (2) than the defender (0). He checks the board and the reward for winning a battle with 4 deployed units is 1 relic card drawn from the top of the deck. Also, he adds to his discard pile all units he has defeated; in this case, the 7th Panzer Division only.

“Know your chain
of command”

Reinforcements units are useful to bring into combat a card that you don’t have in your hand, but it’s a risky ability. You can mitigate the risk by knowing the state of your deck, remembering what units you have acquired, and looking at your discard card.

Sometimes you’d also want to go all-in and deploy as many units as you can in order to face a greater force; in those situations, your only chance to use that 5th slot (or 4th, when defending), is the Reinforcements icon.

Trying to form links is tricky, and units with Assault icons can ruin your plans, but the benefit of having a greater capacity to absorb damage is useful if you specialize in close combat units. Remember: units from early ages (I and II) give the most chances of forming links.

Later in the game Tommy decides to move to era II, and he’s confident to defeat the Ashigaru no Teppotai. He sees that they will call Reinforcements, but Tommy doesn’t need to wipe out the entire opposing battleline to win.
Tommy deploys only 2 units: the Archers at the battlefront and the Legio Martia right behind them.

A Conscripts card is added, luckily the one with the right half shield. However, because Conscripts have a Reinforcement icon too, another card from the top of the deck must be added.

Tommy has recently reshuffled his discard pile into his deck and he’s hoping to draw the 7th Panzer Division unit he acquired before; however, the second Conscripts base card is drawn and deployed in the 4th slot, and he therefore must deploy yet another card.
The correct chain of command is lost in the heat of the moment, and instead of the Panzer Division, a Spy has been sent from the top of the deck.

But the defender has a Reinforcements icon too, therefore the first card from the deck of Era II is placed on the 2nd slot of the Defender Board: the Trưng Sisters arrived. 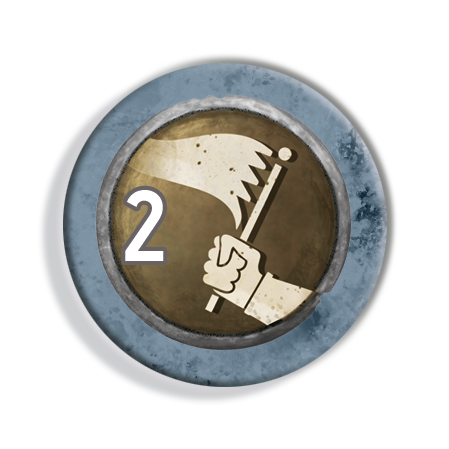 The situation is dire. Even if Tommy wins the combat he won’t take a Relic reward because he deployed a total of 5 cards. He still could hope to defeat at least one of the opposing units in order to add it to his Army. He therefore puts his +2 Close Combat Warfare token on the unit that would probably be defeated last (the Spy).

He then rolls the dice. The defender gets a +1 Close Combat on their Strong die, but Tommy rolls the worst result on his Risky die: -1 to all Line of Combat. He therefore decides to spend his reroll Warfare token and rolls his die again, but he gets a -1 to Medium-Range Combat.

Both battle lines have a total value of 0 during Long-Range Combat.
During Medium-Range combat the defender wins 2-0, therefore 2 damage are assigned to Tommy’s battle line, starting from the front. The first damage goes to the Archers, defeating them. The second damage goes to Legio Martia, but they have a remaining link token, which absorbs the incoming damage and is discarded.

The Close Combat range is also a tie: 6-6, and no damage is dealt

In the end Tommy has won the combat (4 surviving units against 2), but it’s a Pyrrhic victory because he gets no Relic cards nor additional units: both the Ashigaru no Teppotai and the Trưng Sisters return home unscathed (their cards go into the Era II discard pile).
The 7th Panzer Division would have saved the day for Tommy, but it was the next card on the top of his deck.

“When your numbers lack, make your spirit count”

Heroic Death is potent because the damage it causes cannot be suppressed by normal combat. You typically want to deploy units with Heroic Death up front, so that their early demise causes early damage.

Putting a Heroic Death token on a unit that will not be defeated is a waste of warfare resources. Remember that all employed tokens are discarded at the end of combat.

If you rely too much on Heroic Death alone you’ll risk mutual annihilation. Be sure to have some surviving units at the end of the combat if you also want to search for Relic cards.

Tommy has just taken a Heroic Death Warfare token. He wants to leverage it to take both a tougher-than-normal card and a relic at a low risk. He therefore goes to Era I and decides to fight the Vercingetorix Guard.

He deploys the Spy at the battle front, followed by the Legio Martia. He only has 1 card in his deck, therefore – by looking at his hand and his discard pile – he knows that that card is the Conscripts with the right half-shield: a perfect match.

During the Long-Range Combat, the defender wins 1-0, and inflicts 1 damage to the Spy, which is defeated.

However, the Spy has now 2 Heroic Death icons (one on the card itself and one from the token). Therefore, before her demise, she inflicts 2 damage at the opposing battle line.