Hello Pack! Here how you can use the special deck of cards

Reward cards: These cards could be added without any problem to the Reward Cards main deck. Play them following the regular rules.

Strigoi Cards: These 2 new Strigoi cards can replace the Strigoi Cards in the game, or, if you like, pick randomly one of each type (Maestro and Apprentice) for your next challenge.

Legendary cards: You have two ways to use them: add them and play the game with 8 Legendary cards or (recommended) shuffle the 8 cards and extract only 5 of them, if so the game can be played as usual with only 5 Legendary cards, but every time different. 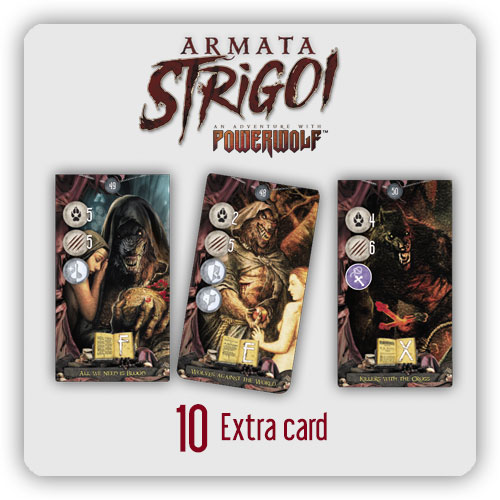 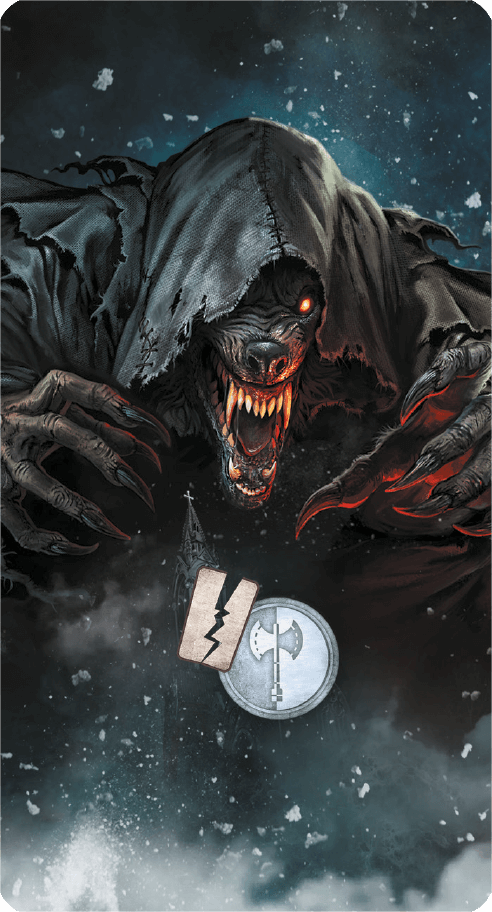 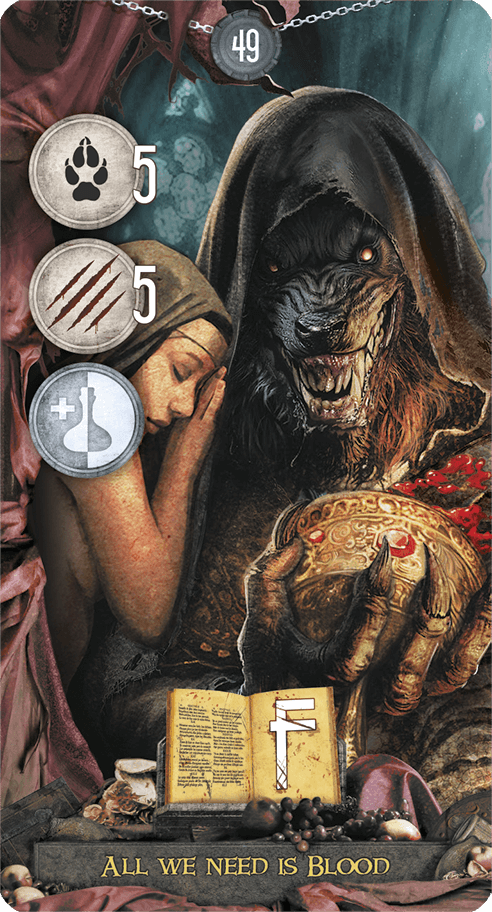 All We Need Is Blood
is taken by the first player who uses a weapon with Wild Strength. 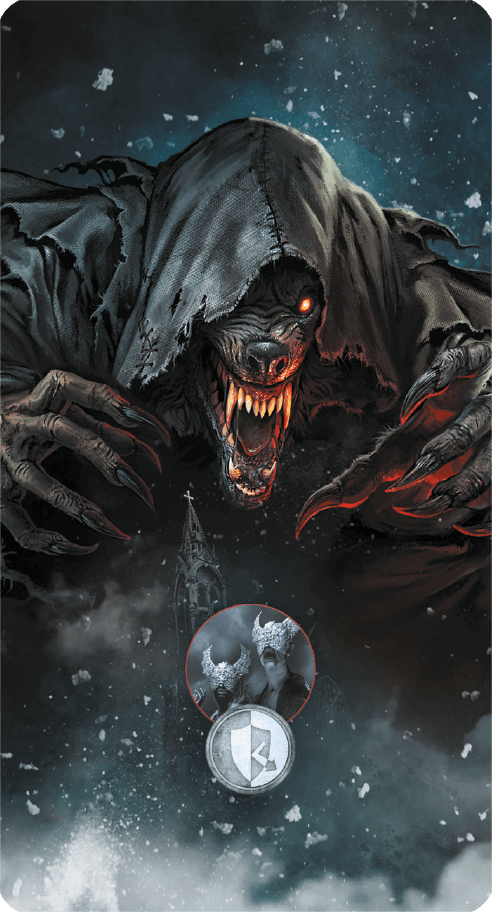 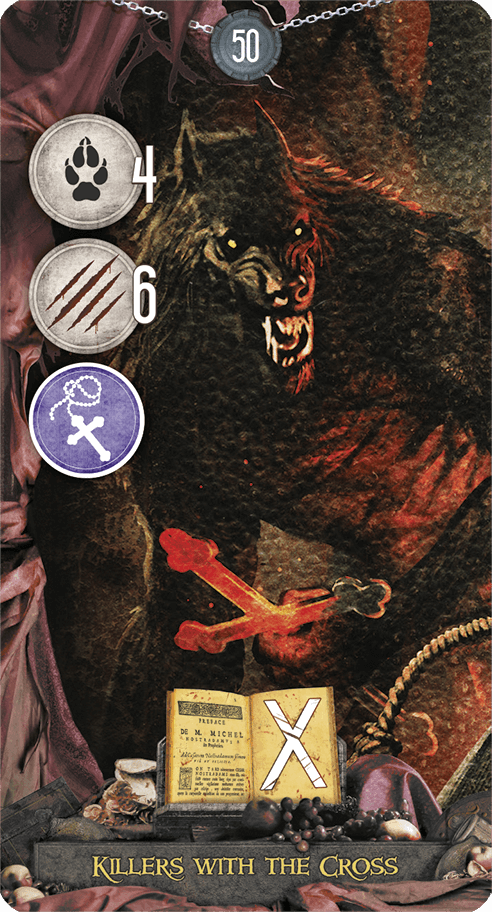 Killers with the Cross
is taken by the first player who uses successfully a Protection Ability to defend themselves from a Strigoi’s attack, being not damaged. 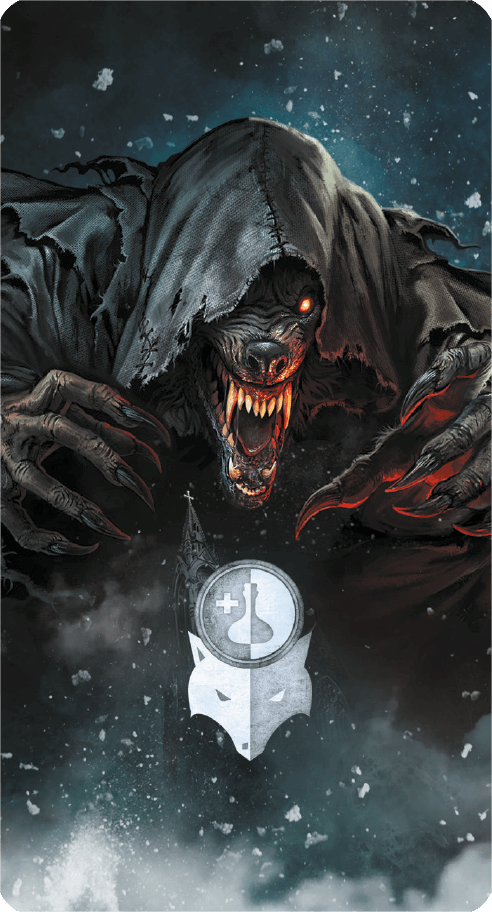 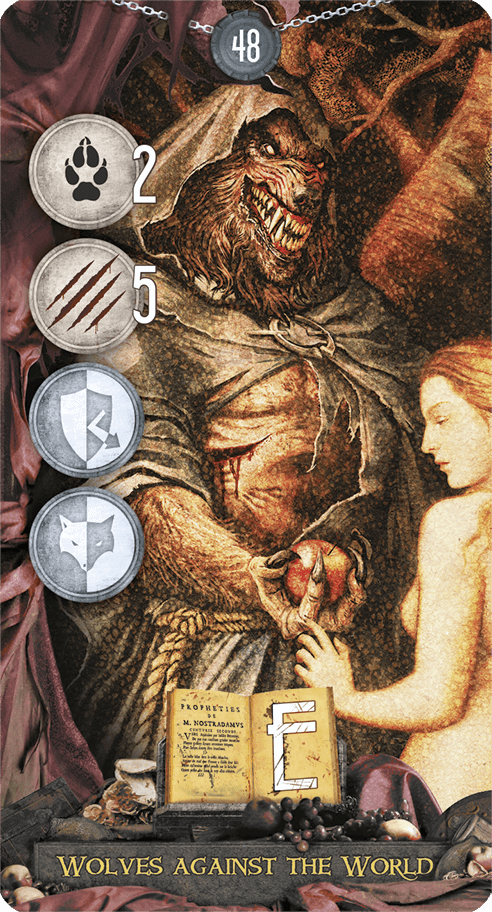 Wolves Against the World
is taken by the first player who heals another Powerwolf.

Tag Pack: A Powerwolf can use this Ability to swap positions with another Powerwolf, then make an attack using Wild Strength!

Sanctify: When a Powerwolf meets a Monk, they may play a card with this Ability then the normal encounter effect is ignored. Instead, the Powerwolf takes the Monk as a follower. If they are attacked by a Strigoi, they may discard the Monk to avoid the Strigoi’s attack (in fact, they feed the Strigoi with the Monk!)

Critical Hit: When a Strigoi with this icon attacks, the Pack immediately loses 1 Blood Point to the Inferno, taken from the supply (in addition to any other effects).
Note: As a Critical Hit is an extremely powerful form of attack, the Protection ability can't be used to prevent the blood point loss from a Critical Hit.

Havoc: When a Powerwolf uses a weapon with this icon, a Platform of their choice in a straight line with their attack collapses (following the normal rules). This attack can “bounce” or destroy a Ladder tile, following the same rules as Strigoi movement. 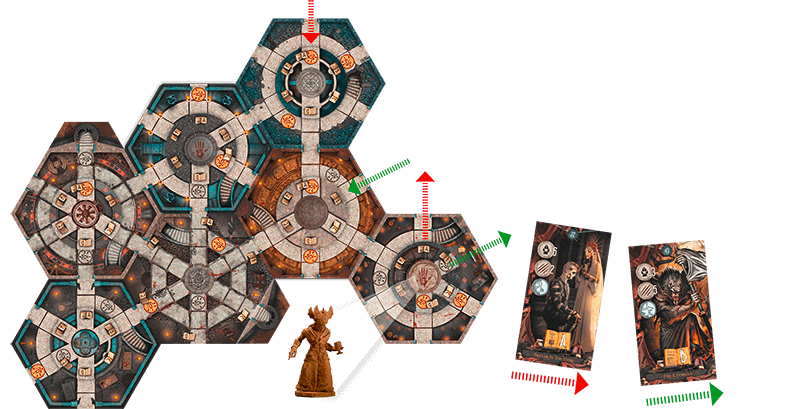 As stated in the rulebook, Players may change the rooms positions and build a different castle for their new adventures. Here some suggested scenarios, anyway you can invent according all room tiles at your disposal (yes this means eventually we will release new rooms in future)

Here you can find some examples about how to deal with the Strigoi’s movement while more constrains may be determined by different scenarios. So, when the map doesn’t follow the original pattern and the Strigoi may be limited in teleporting to other rooms,  bouncing to the opposite room or stand in the same room (if no alternatives), instead they will move out and end re-enter from the first external direction that have the same letter (counter clockwise). This can happen anytime a Strigoi is direct toward the external space.

Here we put 2 cases of Strigoi’s movement, assuming it is in the room indicated by the figure and the card played in that player’s turn shown the letter A (red line) or the letter B (green line).

Special case A: if there isn’t a corresponding letter in another room oriented to the outer perimeter, then the Strigoi stands, doesn’t move nor attacks, following the regular rules.

Note: You can choose anytime to adopt these Rules about Strigoi’s movement instead the Regular ones in a regular games.

Variants to tune the difficulty of the game

Is defeating the Strigoi too arduous because there are werewolves at their first Full Moon in your pack? Or for you hanging the Strigoi skin as a waving banner on the walls of the fortress of Tismana is it too simple because your Pack is made up of ravenous beasts?
Well, well well, here’s a series of tips to calibrate the game on your Pack!

Last of the Living Dead

Harder
When one Strigoi dies and the other becomes Supreme Strigoi, all wounds that have been inflicted so far must be discarded. Furthermore, the Existence Points of the Supreme Strigoi are increased by one.

Easier
When a Strigoi dies the Supreme Strigoi immediately acquires a wound.

Harder
The number of Blood Points (on the Inferno card) that determine the Powerwolf defeat is reduced by one compared to ones specified on the rulebook.

The difficulty of the game increases significantly. The duration of the game decreases slightly.

Easier
The number of Blood Points in Hell that determine the Powerwolf defeat is increased by one compared to the table on the regulation.

While using this variant, ignore any wound bonus on Strigoi tiles.

Difficulty is extremely increased.
Duration of a game may increase or decrease depending on your strategy.

Easier
If you wish to decrease the difficulty of your games, simply lower by 1 the number of Blood Points needed to attack the Strigoi.

Duration of a game is slightly reduced.